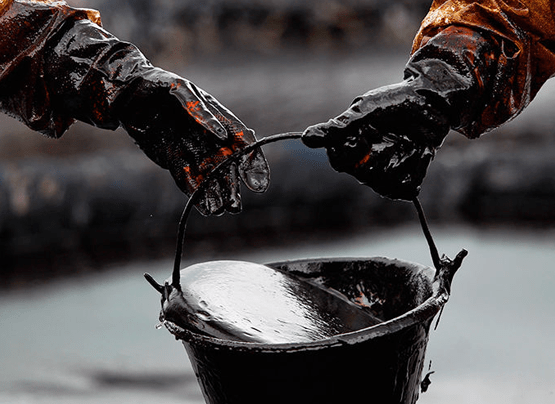 The Nigerian LNG (NLNG) project at Bonny Island has been constantly expanded since it began commercial operation in 1999.

A turnkey Engineering, Procurement and Construction (EPC) contract was awarded to a consortium of four engineering firms comprising Snamprogetti, MV Kellog, Technip and Japan Gas Corporation (TSKJ) for $1.2bn. The contract included construction of the plant, the gas transmission system and the residential area.

“The Bonny Island LNG plant is built on 2.27km² of largely reclaimed land in Finima, Nigeria.”

In August of the same year, the plant was ready for start-up, and production of LNG commenced in September.

The second train of the base project, train one, came on stream in February 2000. Train three came into operation in November 2002.

The NLNGPlus, an expansion project of the NLNG, comprised of trains four and five, which came on-stream in November 2005 and February 2006 respectively. These trains are estimated to have required an investment of $2.1bn.

Most recently, train six came on stream in 2007, featuring additional upgrades, with train seven now under construction and train eight in discussion.

The plant was built on 2.27km² of largely reclaimed land in Finima, Bonny Island.

With NLNGSix on-stream, the entire complex is capable of producing 22mtpa LNG, 4mtpa of LPG and at full production, requires condensate from 3.5bcf/d feed gas intake.

The main features of the operational plant are:

In March 2007, Foster Wheeler in a joint venture with Chiyoda Corporation of Japan was awarded the FEED (Front-End Engineering Design) contract for the NLNGSevenPlus project.

This new project will involve the construction and commissioning of two of the largest LNG liquefaction trains in the world (trains seven and eight). Each of the trains will produce 8.0 million metric tonnes of LNG per annum.

Construction so far has concentrated on only one train (train seven) with a decision on the second train deferred to a later date. The contractors are yet to be appointed for the EPC contract which is tentatively expected to be completed and the new train on-stream by 2012. Production capacity at the facility will then be about 30 million tonnes per annum of LNG (train eight will push production to about 38 million tonnes per annum).

KBR and its joint venture partners JGC, Technip and Snamprogetti were awarded a FEED contract for the SevenPlus project in May 2007. The FEED specification for train seven was completed in the second quarter of 2008 and the FID is pending. NLNG has already signed sales and purchase agreements for marketing the volumes from train seven (8.0mtpa).

This part of the project required an additional 670mmscfd of feed gas, bringing the total gas requirement of the six-train complex to 3,500mmscfd.

The final investment decision (FID) on train six was taken in July 2004 and the EPC contract was awarded to TSKJ, while the building contract for additional storage facilities was awarded to the France-based contractor company Entrepose Contracting (EC). The train came on-stream in December 2007 (despite delays due to industrial action of contractor employees).

“The Bonny Island plant has a capacity of 22mtpa of LNG and 4mtpa of LPG.”

Volumes of LNG from train six are marketed by Endessa (Spain), Total and Shell Western LNG for destinations in Europe and the United States. Five ships, all of which are under charter agreements are being used in train six. Of these five, three ships are from Bergesen (built in Daewoo Shipyard, South Korea) and two are from NYK (Nippon Yusen Kabushiki Kaisha) built in Samsung Shipyard, South Korea.

In addition to the features in train four and train five, the features of train six include upgrade of the electricity network to 132kV; implementation of advanced control on gas turbine generators; one 84,200m³ LNG tank; one butane and one propane tank, each 65,000m³; one condensate tank 36,000m³ and three additional Gas Turbine Generators (GTGs).

The funding arrangement for the project also included four international commercial bank loans supported by Export Credit Agency (ECA), which guarantees a total of $620m with an eight-year maturity period.

In order to ensure efficient gas supply to the plant, NLNG has entered into feedgas supply agreements with three joint venture partners.

The supply of additional gas feedstocks will be provided by the upstream oil and gas joint ventures operated respectively by the Shell Petroleum Development Company of Nigeria Limited (SPDC) and by Nigeria Agip Oil Company Limited (Agip), The Nigerian National Petroleum Corporation (NNPC) is the major partner in both these joint ventures. Other partners are Elf Petroleum Nigeria Limited (Elf) and Phillips Oil Company (Nigeria) Limited.

“The supply of additional gas feedstocks will be provided by the upstream oil and gas joint ventures.”

The total gas reserves needed for the project over the first 22.5 years (the duration of the initial LNG sales contracts) is estimated to be 197bscm.

Netherland, Sewell and Associates Inc, a petroleum engineering consultancy firm, performed a detailed evaluation of the gas reserves and production capability of the fields dedicated to the project and confirmed the presence of the required reserves and the feasibility of the development plans.

Gas will be supplied from the onshore concession areas of the eastern part of the Niger Delta, where about 50% of Nigeria’s proven and probable gas reserves, estimated in excess of 2,800bscm, are located.

Currently, the SPDC joint venture is supplying feed gas from various fields including Bonga, Awoba, Soku, BNAG and Cawthorne Channel fields. The current supply will be supplemented from other gas fields including Forcados Yokri and Odidi and in future, SPDC will also deploy the Gbaran / Ubie fields to bring in additional volumes for the six-train complex.

According to estimates made by NLNG, the sixth train requires additional feedgas to the extent of 670MMscfd., raising the liquefaction plant’s total gas requirement to 3,500MMscfd.