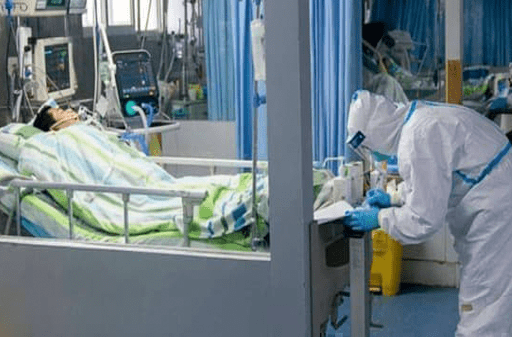 Ventilators from Tesla. Hand sanitizer from Anheuser Busch and fellow distillers. Face masks from General Motors. It sounds like something out of a science fiction—or possibly parody—novel, but it is, in fact, our new reality: the reality where businesses change to survive and help fight the pandemic that shook the world. And oil and gas players are joining the effort. Call it what you will — an attempt to regain credibility in the public eye, a way to take advantage of a bad situation, or simply doing the only reasonable thing to do in the circumstances, but oil and gas majors are indeed trying to help.

Shell, for example, said last month that it was diverting resources to the increased production of isopropyl alcohol, which is the primary ingredient in hand sanitizers. It also said it would make 2.5 million liters of the ingredient freely available to the healthcare sector in the Netherlands.

The supermajor is also offering free food and drink to healthcare professionals at 15,000 retail outlets globally as well as to truck drivers and delivery personnel “who are vital to maintaining supplies.”

Total, for its part, has pledged gasoline vouchers worth $54.2 million (50 million euro) to French hospitals for their workers’ travel to fight the virus, as well as donations to the Pasteur Institute and other research facilities.

“In this period of crisis, Total’s teams remain mobilized to enable French people to make all their necessary travel arrangements. With its nationwide network, Total is working alongside those who are fighting the epidemic everywhere. Which is why the Group has decided to make this practical gesture of support for our hospital staff, who are working to ensure the health of patients,” CEO Patrick Pouyanne said.

BP is also offering free gasoline to UK and Spanish emergency services vehicles as well as free delivery of food and convenience goods from its fuel stations. The supermajor also offers free fuel and fuel cards in Germany, Poland, and Turkey’s capital, Istanbul. The company also said it had donated $2 million to the WHO’s Covid-19 Solidarity Response Fund.

Exxon has teamed up with a research organization—the Global Center for Medical Innovation—to develop safer reusable personal protection equipment (PPE) for healthcare workers, such as face shields and masks. The company said the FDA is currently reviewing the prototypes, and as soon as it gives them the green light, Exxon will begin production. Such equipment is very much in demand right now, with shortages of N29 protective face masks in short supply in many disease hotspots.

Eni has set up a hospital in Rome to treat the many victims of Covid-19 in Europe’s hardest-hit country. The supermajor is also collaborating with other hospitals in Italy to expand patient capacity and emergency response capacity. The company is donating a total of $33 million for various Covid-19-related efforts.

Others are donating. Chevron said it had distributed more than $7 million to food banks, educational, and healthcare services. Refiner Valero has donated $1.8 million to front-line organizations.

Naturally, there is space for criticism. Handing out sandwiches as Shell is doing may be a nice thing to do, but is it enough, given the company’s resources?

BP’s free fuel will also no doubt be criticised as will the size of its donation to the WHO’s Covid-19 Solidarity Response Fund. A company making billions donating just a couple of measly million to fight the modern plague? They could have kept it. The thing is, however, if these companies were doing none of those things, they would still have been the target of criticism. Right now, Big Oil is in the position of Big Banking back in 2008-2009, for certain groups.

Whatever they do, they would never get it right.

It is, however, worth mentioning those that have joined the anti-virus effort, because most oil and gas businesses have their hands full with just surviving. First, they slashed their spending plans. Then they shelved share buybacks. The next step will be the start of layoffs unless the oil price situation improves sharply and quickly.

“A sustained drop in oil prices would cost the sector 50,000-75,000 jobs if employment returned to its low from a few years ago,” Nathan Sheets, chief economist at PGIM Fixed Income, told CNBC a couple of weeks ago. The chances of that happening are, unfortunately, quite big. In fact, with everyone calling the current crisis unprecedented and the worst in history, job loss in the oil industry could end up being even greater than during 2014-2016. Whatever their motivation, it’s good that Big Oil is helping fight the pandemic now while they can still focus on anything else besides survival.