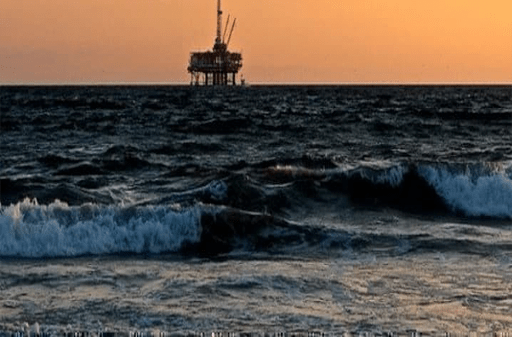 The first three months of 2020 have shocked the global energy market to its foundations. The toxic mix of corona virus, a global economic recession, and an unexpected OPEC+ price spat have hit ever aspect of the energy industry. The ongoing global oil and gas glut, which will become even more prominent when oil storage space hits zero, is a major threat to IOCs, independents, and minnows. The unprecedented demand destruction forecasts of 20 million barrels per day will transform the oil industry as we know it.   The true impact of this toxic mix of economic, fundamental and geopolitical uncertainty remains unclear, but we can expect a wave of bankruptcies in the US shale industry, the North Sea offshore sector and across the Canadian oil and gas sector. If the current crisis is prolonged for several more months, non-OPEC countries around the globe will see oil production collapse. The oil majors such as Shell, Exxon and ENI, are not yet in danger, as their available cash and market share makes them too large to fail. But other operators, such as Occidental, Whiting and others, are currently fighting for their lives. Debt levels, operational costs of fields, and a broader market crash are making these companies question their survival. Stocks across the energy sector are in the red, with upstream oil and gas companies in particular pain. Even promises about keeping dividends at current levels or of cutting upstream spending won’t bring investors back. Privately owned energy companies are being hit, from all sides, making them ideal prey for private equities and oil majors.

While media analysis currently is looking at the risk to national oil companies (NOCs), such as BAPCO, KOC, or Sonatrach, due to the price crash caused by the OPEC+ breakdown and the resultant impact on their national economies. The real story here is about the opportunities available to those with the ability to spend. In a very volatile market, with some analysts talking about the possibility of a negative oil and gas price environment, there will be and there always are big winners. The main players to watch, in addition to the private equity funds that are already preparing to buy up distressed assets, are the SWF backed and government-owned major National Oil Companies (NOCs). After years of deliberating and assessing the right strategies, some are going to be prepared to put their money where their mouth is. Expect NOCs to fulfill their dreams of going international and becoming major powerhouses on the world stage. That is the dream of the Aramcos and ADNOCs of the world. With Gazprom, Rosneft and a long-list of Chinese oil companies reeling from the oil price war, OPEC oil companies are preparing to enter the market. Several assessments have shown that, at the right time, NOCs will have to become International National Oils or INOCs. To enter the international market is the only way for these NOCs to continue their expansion and ensure future market share. In recent years, especially when oil prices were hovering around $65 per barrel or higher, an aggressive acquisition strategy would have been too costly to pursue.

Looking at the current situation, low share prices, negative returns, and pressure on dividends all serves as flashing green lights for NOCs looking to take advantage. At a reasonably low investment level, not constrained by downward threats in future and already struggling to deal with activist shareholders, independents such as Occidental or smaller are up for grabs. Aramco, ADNOC, QP and maybe even KOC, could be stepping up their investment strategies to take a huge chunk out the non-OPEC producers’ cake. Whatever happens in the coming months, the Post-coronavirus oil and gas industry is going to be a very different beast. Western politicians and stakeholders do not have the capabilities to stop a takeover of IOCs by non-OECD based entities. Financial stability, employment and elections will be a more pressing issue for most to consider than the sale of assets or total companies to NOCs. Arab NOCs could even have their respective SWFs and local investment banks expand their existing portfolios. In reality, majority stakes owned by Saudi SWF Public Investment Fund equals ownership of Aramco (as the latter is owned by PIF). For QP and several others this is also the case.

Whatever happens in the next 6-18 months in the energy industry, the landscape will have changed drastically. Consolidation and survival of the fittest is the main rule right now, even if market participants don’t want to talk about it. A major shake-out is going to happen, assets and shares will end up with the cash-rich. And there are few entities out there more cash-rich than the NOCs. Many analysts have suggested that this crisis will support and accelerate the energy transition, but maybe it will instead be a transition of ownership from private to national, leaving the future of hydrocarbons in the hands of a few very wealthy entities.